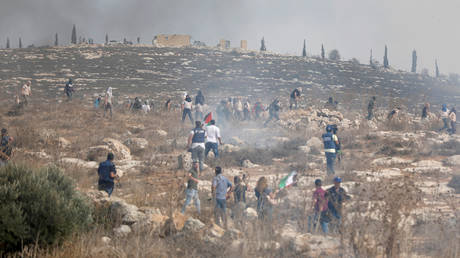 In a move that ends an eight-month lull in expansion, Israel approved more than 2,000 new homes in settlements across the occupied West Bank on Wednesday.

The Israeli authorities gave the go-ahead to 2,166 new homes in the West Bank, AFP reported, citing official figures. Israel signed agreements to normalize relations with the United Arab Emirates and Bahrain less than a month ago, and was expected to freeze its plans to annex areas in the West Bank.

However, Wednesday’s move deals a blow to hopes for a wider Israeli-Arab peace, according to the NGO Peace Now, which monitors settlement expansion. It also noted that the decision signals Israel’s rejection of Palestinian statehood. The latest expansion is expected to be doubled, with around 2,000 more homes to be approved on Thursday, Peace Now said.

Prime Minister Benjamin Netanyahu “is moving ahead at full steam toward solidifying the de facto annexation of the West Bank,” the NGO said in a statement on the move. The expansion will make 2020 the biggest year since 2012 for the construction of new units, according to the group.

Settlers make up a key constituency of Netanyahu’s Likud party. The PM’s decision to suspend plans to annex parts of the West Bank after a deal with the UAE in August outraged many settlers, with the head of the Yesha settlers’ council saying that “he deceived us, defrauded us, duped us.”

Also on rt.com
‘He duped us’: Israeli settler leaders in West Bank accuse Netanyahu of backtracking on annexation promise

US President Donald Trump sees deals between Israel and the Gulf nations as part of his broader initiative for Middle East peace.

However, Palestinians have denounced the plan, which they see as approval of Israeli annexation of large chunks of the West Bank, including the settlements.