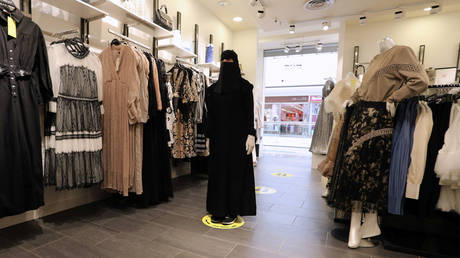 Saudi Arabia has forbidden all Turkish-made goods from being brought into the country, Spanish clothing group Mango has told its suppliers in a letter seen by the Financial Times. Riyadh insists that it is committed to free trade.

Effectively, Saudi Arabia has “banned all imports for products made in Turkey”, a Mango employee wrote in an email to the company’s partners in Turkey, which is one of the prime textile producers in Europe and the Middle East.

With the Turkish goods stuck at customs, the Spanish retailer said it was looking for alternative solutions to fill the shelves of its almost 50 Saudi stores.

But Mango wasn’t the only one to be affected, as “all global brands that have stores in Saudi Arabia, produce in Turkey and sell over there” have been suffering from the ban, Mustafa Gultepe, head of the Istanbul Apparel Exporters’ Association (IHKIB), told the Financial Times.

Last week, eight leading Turkish business groups issued a joint statement, complaining about “discriminatory treatment” of the country’s companies in Saudi Arabia. They pointed out that “any official or unofficial initiative to block trade” would harm bilateral relations and the economies of both nations, urging Riyadh to resolve the issue.

Indeed, Turkish producers have been complaining of delays at Saudi customs for around a month now. But Riyadh has rebuffed those claims, insisting that it hadn’t imposed any restrictions and that the only reason for the decline in trade with Tukey was Covid-19. The Saudi authorities said that they were fully committed to free trade and the international agreement they’ve signed.

Earlier in October, Ajlan Al Ajlan, the chairman of the non-government Riyadh Chamber of Commerce, urged a boycott of “everything Turkish” as he accused Ankara of “continued hostility” towards Saudi Arabia.

Riyadh and Ankara are split over a whole range of issues as they vie for leadership in the Muslim world. The two countries back different parties in the Libyan conflict, with Turkey also providing support to Qatar when an Arab blockade was imposed against it in 2017.

Another contentious issue is the killing of journalist and Riyadh critic Jamal Khashoggi, which was carried out by Saudi agents in the Gulf kingdom’s consulate in Istanbul in 2018. Turkey is currently trying the alleged perpetrators of the crime in absentia, as Saudi Arabia refuses to extradite them.