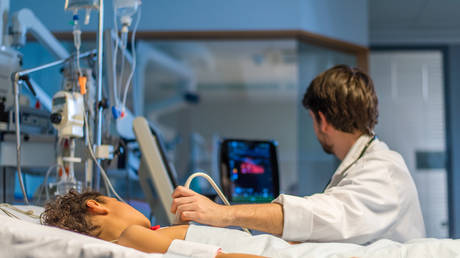 The Dutch government will allow doctors to euthanize terminally ill children as young as one year old, making the Netherlands the second country in the world to permit the practice.

Health Minister Hugo de Jonge announced the change in a letter to Parliament on Tuesday, calling the decision necessary to help “a small group of terminally ill children who are suffering hopelessly and unbearably.”

The decision does not amend any laws, but exempts doctors from prosecution for ending a child’s life in certain conditions and with parental consent. Children between the ages of one and 12 will now be eligible for assisted suicide, whereas previously only newborn infants and teenagers could be euthanized.

Regardless of their age, candidates for euthanasia in the Netherlands must have “unbearable and endless suffering,” and must request death “earnestly and with full conviction.” Two doctors must approve the procedure.

The Netherlands legalized euthanasia in 2001, and was the first country in the world to do so. In 2014, Belgium became the first to legalize child euthanasia.

The Dutch government’s decision was opposed by the country’s two main Christian parties, the Christian Democrat Appeal (CDA) and ChristenUnie. De Jong himself is a member of the CDA, but supported the move based on a recently published study that showed strong support for the practice from doctors.