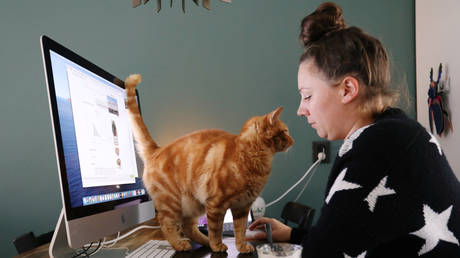 A study conducted by Cisco Systems has found that almost nine out of 10 workers want to retain a work-from-home option even if coronavirus workplace curbs ease.

Only five percent of those surveyed worked from home most of the time before the restrictions were put in place, but now 87 percent of workers want the ability to choose where and when they work, according to Cisco’s ‘Workforce of the Future’ research, published on Wednesday. Some 10,000 people were surveyed in Europe, the Middle East and Russia.

Companies will have to reconfigure how they operate, Cisco Vice President Gordon Thomson was quoted as saying. One of the big issues is to ensure that data is secure, whether in the home or the office, he added.

An earlier survey by Cisco, published a week ago, showed that half of companies plan to shrink their offices as they understand that working from home could become a regular practice after the Covid-19 pandemic ends. More than three quarters are preparing to increase work flexibility.

The poll, dubbed ‘Dimensional Research,’ surveyed 1,569 executives, knowledge workers and others and found that almost all of the respondents were uncomfortable returning to work, fearing that they might contract the virus.

Working from home is becoming the “new normal,” as more than 90 percent of respondents said they won’t return to the office full-time. Some 12 percent would prefer to work from home all the time, the report said.

Meanwhile, another study conducted by Cardiff and Southampton universities earlier this year lead to similar results: 90 percent of people who worked from home due to coronavirus curbs were ready to continue the practice in some capacity. The poll covered thousands of workers surveyed three times between April and June. The majority of respondents said that they were “as productive, if not more” productive when working from home.