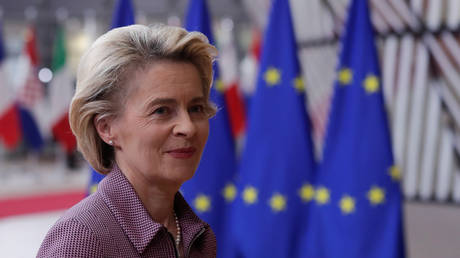 The president of the European Commission, Ursula von der Leyen, left the EU summit in Brussels suddenly on Thursday, after it transpired a member of her office had tested positive for the virus.

The Commission chief left the summit less than an hour after it began, saying she was going into quarantine, in line with coronavirus health rules.

“I have just been informed that a member of my front office has tested positive to Covid-19 this morning. I, myself, have tested negative,” she tweeted. “However, as a precaution, I am immediately leaving the European Council to go into self-isolation.”

This is the second quarantine for von der Leyen this month, as she already self-isolated on October 5, after meeting a person who later tested positive for Covid-19.

Prior to the summit, von der Leyen said the discussions would focus not only on Brexit trade negotiations and other matters, but on Covid-19, because “citizens expect clear and effective answers.”

Speaking about the pandemic before the start of the two-day summit, she said the situation in Europe was “more worrisome,” but EU leaders had agreed on a “traffic light” to help member states identify whether to require testing or quarantine for non-essential EU travelers such as tourists.

Von der Leyen told reporters that the EU needed to establish common rules on quarantining and testing, instead of the current confusion of different regulations across the bloc. She also said the EU would help member states prepare their vaccination campaigns.

“If we want our vaccination to be successful, we need to prepare now,” she tweeted.