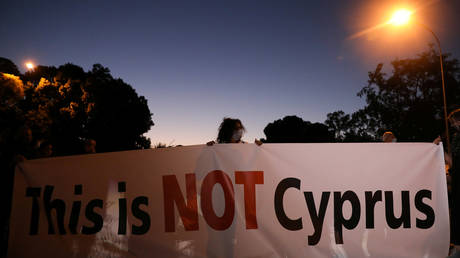 The speaker of Cyprus’s parliament has resigned after allegedly abusing a scheme whereby wealthy foreigners can obtain Cypriot passports in exchange for a large investment, but Demetris Syllouris insisted he broke no laws.

The house president decided to quit amid public pressure, after an undercover video showed him allegedly offering to help a Chinese businessman with a criminal record secure citizenship.

The speaker was secretly filmed by Al Jazeera talking to a “fixer” representing a Chinese businessman, and was shown promising to facilitate the passport application.

Syllouris, 67, said in a written statement on Thursday he was resigning as house president and was giving up his seat in parliament, adding, however, that he had not broken any laws.

A lawmaker for 28 years and the speaker since 2011, he had already decided to abstain from his duties pending a police probe and had agreed to waive parliamentary immunity, if necessary, after the video emerged on October 12.

On Tuesday, the island nation said it would abolish its Citizenship by Investment scheme from November 1, after Al Jazeera published an undercover investigation that it claims documents how the program was plagued by corruption.

The ruling Democratic Rally party, known as DISY, welcomed Syllouris’s resignation, saying the move would contribute to the smooth operation of parliament, while also “restoring its credibility and safeguarding the sense of justice.”

Dozens of demonstrators gathered on Tuesday outside parliament to demand Syllouris resign. They held placards with slogans such as “Cyprus does not belong to you to sell.”