What is FE? Is this a new phone? Is it a spinoff? Is it a Lite option? You will perhaps have these questions about the Samsung Galaxy S20 FE. The latest smartphone to join the Samsung Galaxy S20 line-up of phones, available in India. Before we get down to the actual review, it is important to answer the very first question right away. FE stands for Fan Edition. The Samsung Galaxy S20 FE, short for Samsung Galaxy S20 Fan Edition, is Samsung bringing back the FE moniker after a few years gap. We last saw it with the Galaxy Note FE. But what is so special about the Fan Edition, or FE? Actually, you may have heard this before. After all. Pretty much every smartphone maker claims to listen to customer and user feedback (many lovingly refer to these folks as fans) and try to incorporate that in the subsequent phones that they make. Yet, it is Samsung which is proudly stating that this is a phone made based on fan feedback. It might just make a lot of sense too, in these tough times. 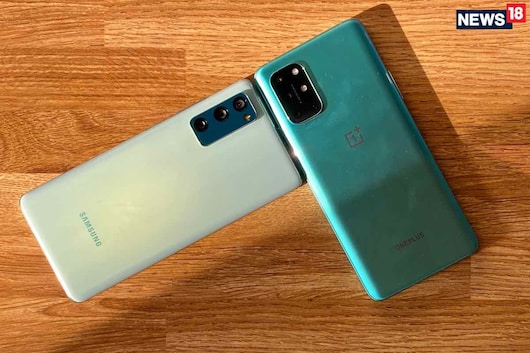 To answer the other questions posed at the very beginning—the Samsung Galaxy S20 FE is a new phone, it is not a spin-off and it most certainly isn’t some corner-cutting Lite option. That also means this in a way is in competition with the new OnePlus 8T. The two variants are priced at Rs 42,999 (8GB RAM + 12GB storage) and Rs 45,999 (12GB RAM + 256GB storage). Read the OnePlus 8T review to find out what upgrades the 8T brings to the table.

Is The Samsung Galaxy S20 FE Just For The Fans?

What you do get with the Samsung Galaxy S20 FE from the outset, as a defining factor, are a bunch of colour options, more youthful colours, so to say. There is the Cloud Lavender, Cloud Mint, Cloud Navy, Cloud White and Cloud Red. Cloud, in Samsung’s scheme of smartphone colours, means a matte finish. Though I have to say, these colours aren’t exclusively meant for the youth, and pretty much any age demographic who likes a phone with a nice personality will find these worth a second look. And a very big change from the Cosmic line-up of colours that the existing line-up of Galaxy S20 phones offer, including Cosmic Black and Cosmic Gray.

Design: A Slight Detour From The Usual 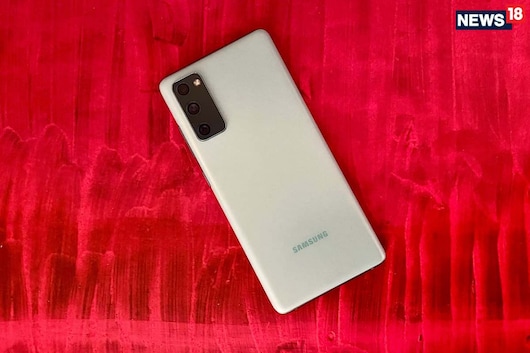 Even though it isn’t a glass back, the Samsung Galaxy S20 FE has wireless charging, full 15-watts of it. And reverse wireless charging too, if you happen to own a pair of wireless earbuds, for instance. So really, you probably wouldn’t it that much that this doesn’t have a glass back.

Even though the Samsung Galaxy S20 FE is now the most affordable phone in the Samsung Galaxy S20 line-up, it isn’t cutting any corners on the build. It is well built and is very handy for what is a fairly large 6.5-inch screen size. There is no denying that this feels great to hold. Perplexingly though, this tips the weighing scales at 190 grams, which is more than the Galaxy S20’s 163 grams. Yet this feels light enough, and well balanced too. The Samsung Galaxy S20 FE is IP68 dust and water resistant as well. There is no 3.5mm headphone jack, and it is a bit hard to imagine that the fans feedback suggested that—but then again, you never know. 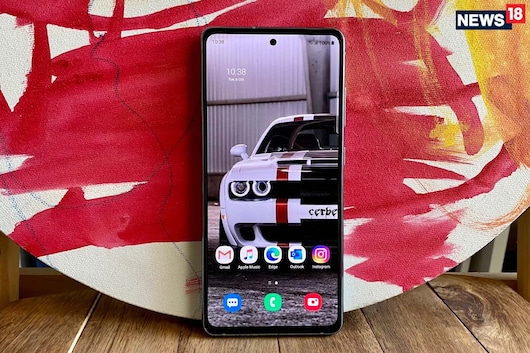 Display: Balancing The Requirements And The Unnecessary

The 6.5-inch OLED display is Infinity-O, which means this spec is at par with its elder siblings. However, you are restricted with certain compromises in comparison. Mind you, there will have to be a balance between what fans demand and what the accountant suggests is prudent. That is what Samsung have done with the display that is Full HD+, which means a resolution of 2,400 x 1,080 pixels. To be honest, this is the resolution that the other Samsung Galaxy S20 series phones also offer in the display settings and offers the ideal balance between visual brilliance and battery consumption. I, for one, will not be holding the Samsung Galaxy S20 FE’s display resolution against it. At all.

Not to forget, this display ticks off the 120Hz refresh rate spec as well, which is right in tune with the times. Everything just looks better at 120Hz. By default, you may find that the colours on this screen are a tad too rich, but head to the display settings and you can easily tone this down as per your liking—Natural mode perhaps seems the best fit. Also, I have to note that there have been absolutely no inconsistent touch issues with the display on our review unit of the Samsung Galaxy S20 FE. It is hard to also imagine that fans and users wanted a camera system step-down, at least comparatively. While the Samsung Galaxy S20 starts out with a 64-megapixel + 12-megapixel + 12-megapixel cameras, the Samsung Galaxy S20 FE instead makes do with 12-megapixel ultrawide camera + 12-megapixel wide camera + 8-megapixel telephoto camera. You might be worried about the fact that Samsung has swapped out the higher megapixel sensor. On paper, 12-megapixel isn’t the same as 64-megapixel. Yet, I must say the camera holds its own, more easily than you’d perhaps imagine. The Samsung Galaxy S20 FE’s photography results, indoors and outdoors in good light and low light, are really impressive. Photos are bright but that doesn’t mean the dynamic range is compromised, there is a nice vibrancy to images that a lot of people prefer when they share photos on social media and when you zoom in, you’d see a lot of detailing too. The software side of things is doing more than its share to help the camera hardware along, without any overtly aggressive colour boost. Even with the Night Mode switched off, the large pixels capture enough light to allow excellent details to show up. That means the results will show much better highlights, a tad more crispness and areas around a possible light source in the photo will retain the detailing that may otherwise have been lost. I really like how the software has dialled down the noise reduction to eliminate grain—something that helps retain details elsewhere in the frame.

That being said, the 30x zoom feature looks great on paper, but you’d be very lucky to get usable photos at that range. The Samsung Galaxy S20 FE returns good zoom results till 10x of which 3x is optical zoom, and you can even get up to 20x if you have really stable hands. Any zoom level beyond that requires the phone to be mounted and absolutely static to be able to at least eliminate some noise. 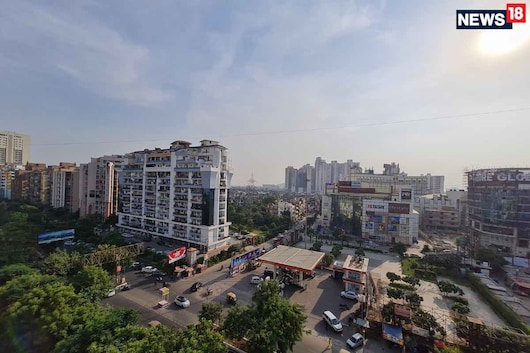 Also remember though, the Samsung Galaxy S20 FE cannot do 8K video recording, which to be honest, absolutely isn’t something I’d spend any more time on.

At the front is a 32-megapixel with Quad Bayer sensor, and that’s is a big step up from the 10-megapixel front camera in the Galaxy S20 and the Galaxy S20+. Do note though, this doesn’t have autofocus, but for video recordings and even video meetings, this really didn’t pose a problem for me.

On the software side of things, it’s the familiar Samsung One UI that we see on all other Samsung Galaxy S20 series phones as well. The thing is, One UI just works. Be it in terms of the visual appeal, the extensive feature set that doesn’t overwhelm you and the slick add-ons such as the DeX interface. For me, One UI has also become incredibly familiar. Yet, the sameness of it all just feels a little out of place—some tweaks, perhaps even some vibrant accent colours, may have allowed the FE aspect to stand out a bit more. It is easy to understand why Samsung doesn’t want to change what is working well, but just that added flavour will perhaps be appreciated by customers who want to stand out from the routine.

The Samsung Galaxy S20 FE also gets a large 4,500mAh battery, which is actually bigger than the 4,000mAh battery that the Samsung Galaxy S20 packs in. This, for me, actually almost lasted two days on a single charge when used moderately. Dial up the app usage, multi-tasking and even some video streaming, and yet this will easily last you a day without any need for battery anxiety.

What irks a bit is that the phone is shipped with the slower 15-watt charger, while it can go all the way up to 25-watt fast charging. You will want a faster charge, and you will need to spend more for that. 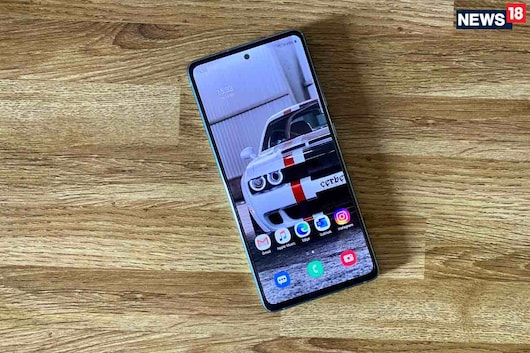 Financial prudence seems to be a sign of the times for a lot of potential buyers. Smartphone companies are, in an understanding of the slightly complicated times we are living in, perhaps best indicated in different ways and at different price points by the likes of the OnePlus Nord, the Google Pixel 4a and even the OnePlus 8T, at different points of time this year. Which is why, robust yet a tad more affordable phones are the way forward, at least this festive season.

For Samsung, the Galaxy S20 FE plugs into that mission, perfectly. It is a Galaxy S20 phone, inside and out. It has flagship specs, and it feels latest gen by the experience, performance and a sprightly personality. Lower price tag isn’t leading you unwillingly to the doorstep of compromise, and to be honest, the lack of glass and metal isn’t really a compromise once you see the finish it gets. Nor is the lack of 5G, for most users. And it allows Samsung to have another option, widening the price range of the Galaxy S20 line-up and making it more affordable, without having to re-price any of the excellent existing Galaxy S20 phones.