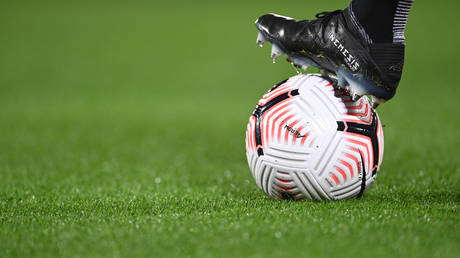 A football game in Uganda ended in tragedy after Churchill Owaci was reportedly beaten to death by his own teammates for committing a defensive error which led to his squad conceding a goal.

The fatal accident is said to have taken place on Saturday in the Lamwo District when the 22-year-old was beaten by his teammates after making a defensive blunder.

Several infuriated players reportedly punched and kicked Owaci before they were finally separated.

The altercation escalated after the game when Owaci decided to take revenge on one of his assaulters, pushing him off a bicycle.

The brawl that erupted a moment later left the player with severe injuries which led to his death.

🇺🇬 Ugandan defender Churchill Owaci died on Saturday following an assault by teammates over a defensive blunder that led to a goal during a friendly match in Lamwo.#FFPpic.twitter.com/DPcQtalZtt

Owaci was taken to a local hospital, but doctors’ attempts to save his life were in vain.

“Later after the game, the deceased in a revenge act pushed one of the people that had earlier beaten him, from the bicycle which provoked another fight,” said Denis Onyon, the chairperson of the Agoro Sub County.

“The deceased collapsed a few meters away from the fight scene and was rushed to Agoro Health Centre III, where he was pronounced dead a few hours later,” he added.

Two brothers were detained in the wake of the tragedy as suspects.