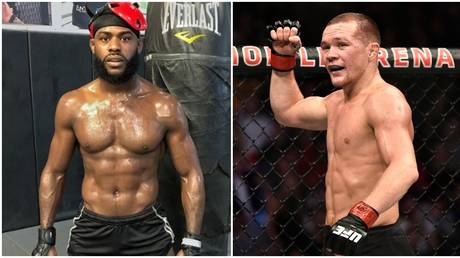 The 19-3 Sterling has been in exceptional form in the cage recently, earning significant plaudits in June for an impressive 88-second rear-naked choke submission win against the highly-regarded Cory Sandhagen as well as the highlight-reel ‘Suloev Stretch’ which coaxed a tap from Cody Stamann a year ago.

However, for reasons unknown to most members of the MMA media the UFC had been unusually reticent in confirming Sterling’s status as the division’s top contender – passing him over this summer to award Jose Aldo a title fight with Yan, despite the legendary Brazilian not yet having a win in the bantamweight division.

News of the title bout, which will serve as the co-main event for UFC 256 on December 12, was confirmed by Kevin Iole of Yahoo Sports. It is also understood that the bout has yet to be finalized but that the UFC are in advanced negotiations with both parties.

Sterling’s confirmation as the number one contender to Yan’s 135lbs crown comes after a prolonged, and occasionally heated, social media war of words between the two fighters. Sterling had repeatedly suggested that his five-fight win streak was enough to guarantee him a shot at Yan, but the UFC and Dana White were unusually slow in arranging the fight – potentially due to the restrictions in place due to the ongoing Covid-19 health crisis.

It had also been speculated that the UFC were considering waiting until former bantamweight champion T.J. Dillashaw’s two-year suspension expired in January ahead of a potential showdown with Yan.

Dillashaw was issued with the suspension in the weeks after his flyweight world title loss to Henry Cejudo after being found to have ingested the banned substance EPO.

However, any temptation to usher Dillashaw into a fight with Yan on his return will have to wait, for now at least.

White also confirmed that a featherweight world title fight between champion Amanda Nunes and Megan Anderson will headline the UFC 256 fight card on December 12 at a location to be confirmed.