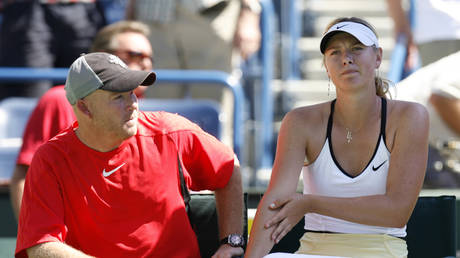 Maria Sharapova’s former coach Michael Joyce has voiced his support for US tennis player Sam Querrey – who fled Russia after testing positive for Covid-19 – saying that “he would do the same” in a similar situation.

Joyce is a former tennis player who reached a career-high ranking of 64th on the ATP tour in 1996 before a wrist injury forced his move into coaching. In 2004, he joined Sharapova’s team and worked alongside her father Yuri Sharapov for six years.

The 47-year-old coach spoke out in Querrey’s defense, saying that he would also violate strict Covid-19 requirements to avoid forced hospitalization in Russia and being separated from his child for two weeks.

“No kidding but I would do the same with a wife and 8 month old baby. No way I’m going to a Soviet hospital and separating from my baby for 14 days,” Joyce wrote on Twitter.

No kidding but I would do the same with a wife and 8 month old baby. No way I m going to a Soviet hospital and separating from my baby for 14 days . https://t.co/3i1dspXYN7

Querrey was set to take part in the ATP 500 St. Petersburg Open but withdrew from the tournament after receiving his positive coronavirus test.

Instead of sitting out a 14-day quarantine in his hotel, the player hired a private jet to fly out of Russia after he was told by health authorities that he and his family members might be hospitalized depending on the symptoms they presented with.

The Association of Tennis Professionals (ATP) which investigated the incident said the player had committed “a serious breach of protocol” and might face severe sanctions, including a three-year ban.

“The ATP is aware of an incident regarding a player’s serious breach of protocol relating to COVID-19 at this week’s St. Petersburg Open” pic.twitter.com/ZatxI4qym3