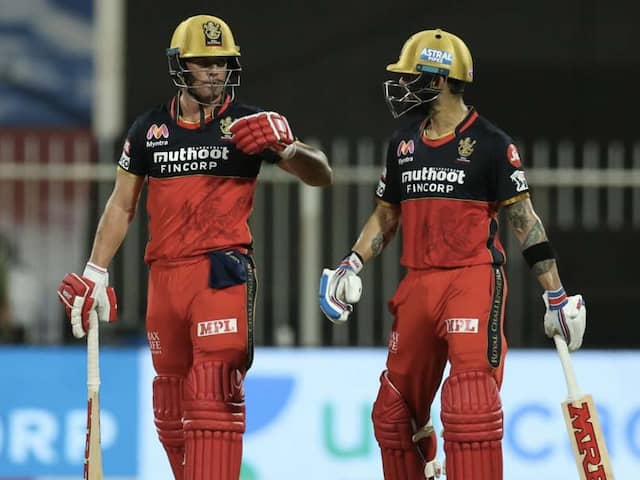 
Royal Challengers Bangalore will take on Kings XI Punjab in Match 31 of the Indian Premier League 2020 at the iconic Sharjah Cricket Ground on Thursday. Bottom placed Kings XI Punjab have lost five games on the trot and will be hoping that the availability of Chris Gayle will boost their chances in the second half of the IPL 2020. RCB are currently third on the points table with five wins out of seven games. RCB’s batting was performing well but the inclusion of South Africa all-rounder Chris Morris has bolstered their bowling attack in this season. RCB are fresh of a big win against Kolkata Knight Riders while KXIP are still searching for their best playing XI.

Virat Kohli (10.5): The RCB captain has roared back into form after registering a string of low scores and has been dismissed only once in his last four knocks in IPL 2020. Kohli has scored 256 runs from seven games at an average of 64.0 in the ongoing tournament so far. An in-form Kohli can score big runs at a venue that is known to produce some of the high-scoring games.

KL Rahul (11.0): KL Rahul is one of the most expensive players in the fantasy game but his performances in IPL 2020 have been top-notch. Rahul holds the Orange Cap and has 387 runs to his name, including an unbeaten 132 than came against RCB. So, when the two teams meet again in Sharjah, KL Rahul can fetch you a lot of points.

AB de Villiers (10.0): The former South Africa captain powered RCB to a match-winning total against KKR with an unbeaten knock of 73 off just 33 balls. De Villiers cleared the stadium on a couple of occasions when RCB last played at Sharjah and the RCB camp will be hoping for a similar show with the bat from the explosive batsman.

Yuzvendra Chahal (9.0): The leg-spinner has picked up 10 wickets from seven matches. Chahal has been Kohli’s go-to bowler in the ongoing IPL 2020. Chahal bowled the most economical spell in Sharjah this season as he finished his quota of four overs with one for 12 against KKR. He will be looking to produce a similar performance against a star-studded KXIP batting line-up.

Chris Morris (9.0): Morris made an impact in his first game this season with a three-wicket haul against Chennai Super Kings and followed it up by taking two wickets against KKR. Apart from doing well with the ball, Morris can also hit a long ball and he should be a sure-shot in any fantasy team for the clash between RCB and KXIP on Thursday.

Note: Price of the players are mentioned beside their names.