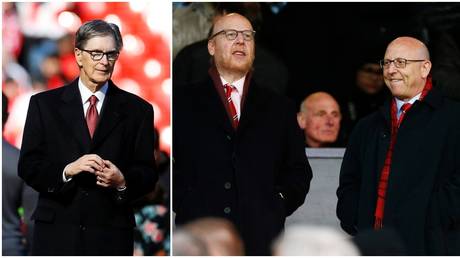 The English top flight released a statement pledging a strategy review – led by all 20 clubs – and a rescue package for clubs in League One and Two as they fight for survival amid the Covid-19 pandemic.

“All 20 Premier League clubs today unanimously agreed that ‘Project Big Picture’ will not be endorsed or pursued by the Premier League, or The FA,” it said.

“Further, Premier League Shareholders agreed to work together as a 20-club collective on a strategic plan for the future structures and financing of English football, consulting with all stakeholders to ensure a vibrant, competitive and sustainable football pyramid.”

It’s said the strategic review will be “an open and transparent process, focusing on competition structure, calendar, governance and financial sustainability.”

The news comes after the proposals – which were being driven by the American owners of Liverpool and Manchester United – were published in The Telegraph on Sunday.

Among the more welcome aspects of the project was the promise of an immediate £250 million bailout of the English Football League, an advance on a 25 percent cut of the Premier League’s annual income included as part of the package.

In the statement, the Premier League pledged to provide financial aid to the lower reaches of the football pyramid, but a significantly smaller amount than ‘Project Big Picture’ promised.

“This offer will consist of grants and interest-free loans totalling a further £50 million on top of the £27.2 million solidarity payments already advanced to League One and League Two this year, making a total of £77.2 million.”

As for the Championship, “discussions will also continue with the EFL” in regards to their financial needs.

Given the vote was unanimous, it’s clear Liverpool and United climbed down in the wake of significant opposition to the proposals.

The project would also have seen the Carabao Cup and Community Shield scrapped and the Premier League reduced to 18 clubs.

Of that 18, only nine would have retained voting rights – United, Liverpool, Manchester City, Chelsea, Arsenal, Tottenham Hotspur, Everton, Southampton and West Ham United – and six votes would have been needed for a majority.

The proposals were drafted by Reds owner John W. Henry and backed by Red Devils chairman Joel Glazer, and fans were pleased to see the Americans’ efforts shot down.

Following United’s 6-1 loss at home to Spurs and Liverpool’s 7-2 thrashing at the hands of Aston Villa last weekend, one fan quipped: “Liverpool and United taking another heavy defeat two weeks in a row.”

Others suggested the two clubs should be punished for their role in the cynical power-grab, with one arguing they should be “booted out.”

Had the clubs been split on the proposals, ‘Project Big Picture’ would have required 14 votes to pass under the current system, in which all 20 clubs have one vote each.

As for the financial aid to the lower leagues, it may not be sufficient to stop clubs from going out of business.

On Tuesday, Nigel Travis – chairman of League Two side Leyton Orient – said EFL clubs could “disappear within five to six weeks” without a bailout, and described the then-mooted £50 million figure as “not enough.”