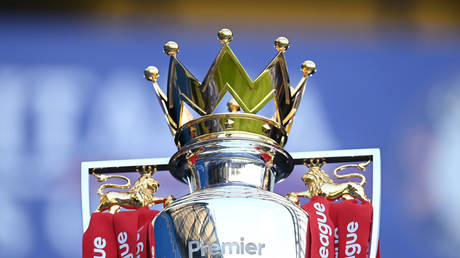 FA chairman Greg Clarke has said he walked away from early talks about ‘Project Big Picture’ after the Premier League’s ‘Big Six’ teams threatened to quit the division.

Radical proposals to English football – driven by Liverpool’s owners and backed by Manchester United – were published by The Telegraph on Sunday.

In an open letter to Football Association council members on Tuesday, Clarke wrote: “With the knowledge of senior Board members and our CEO, I participated in the early stages of discussions which were disclosed last weekend.

“It is very important stakeholders discuss resolving some of the strategic issues facing our game such as, for example, fixture congestion.

“However, in late spring, when the principal aim of these discussions became the concentration of power and wealth in the hands of a few clubs with a breakaway league mooted as a threat, I of course, discontinued my involvement and counselled a more consensus-based approach involving all Premier League clubs and its Chair and CEO.

“Our game needs to continually seek to improve but benefits need to be shared.”

Also on rt.com
Greed disguised as benevolence: It’s unsurprising that fingerprints of US owners are all over Premier League ‘Project Big Picture’

The proposals include reducing the Premier League from 20 teams to 18 – and the football league from 92 to 90 overall – and scrapping both the Carabao Cup and the Community Shield.

Voting power in the Premier League would be given only to the ‘Big Six’ – Liverpool, United, Chelsea, Arsenal, Manchester City and Tottenham Hotspur – as well as Everton, West Ham United and Southampton, with a majority of six needed for changes to be made.

An immediate £250 million ($323 million) payment to the EFL as lower league clubs fight for survival amid the pandemic is also part of the proposals, as well as a 25 percent cut of the Premier League’s annual revenue.

A further £100 million would also be given to the FA to make up for the governing body’s own losses thanks to COVID-19.

“We are fully aware that there are huge financial pressures throughout the game and collectively we need to work hard so that our clubs survive the pandemic,” Clarke added. “However, we must separate this need from discussions about the potential long-term structure of our wonderful game.

“Of course, if we can agree changes that are beneficial in the long term and have an immediate positive impact, we will consider that. Equally, we cannot be forced into short term decisions that would be damaging in the long term.”

The proposals do not have full backing even within the ‘Big Six,’ as Arsenal, City and Chelsea are said to have “reservations” regarding Project Big Picture, while the 11 remaining Premier League teams – including those who would also benefit from the changes like West Ham – are said to be against it.

There is more support in the EFL, which would stand to gain a significant boost in income, but the Daily Mail reported they remain divided over the issue following meetings involving all 72 clubs on Tuesday.

As for the ‘Big Six’s threat to break away from the Premier League, that could lead to renewed fears over the formation of a European Super League.

In 2018, German outlet Der Spiegel published Football Leaks documents reporting the ‘Big Six’ – minus Spurs – met in 2016 to discuss the formation of a Super League.

It was suggested the five English sides would become founding members of such a division alongside European giants Barcelona, Real Madrid, Juventus, Bayern Munich, AC Milan and Paris Saint-German, and that each of the 11 teams would be immune from relegation.