How sleeper travel is about to turn fast and ‘cool’

India reopens its doors, restores most visas issued to foreigners 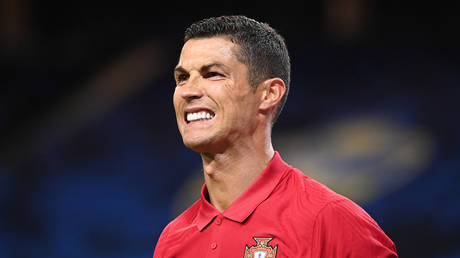 Following news Ronaldo had contracted the virus whilst with Portugal during the international break, Spartak made a quip about the sizable Portuguese contingent in Wolves’ squad.

“…well that’ll be half of Wolves’ Starting XI out for the weekend,” the club tweeted.

The Moscow club followed up with the announcement that the gag had gone down so well it had smashed records.

“The most liked tweet in Russian football ever… and Wolves aren’t even playing on the weekend…they play on Monday #SelfBurn.”

Wolves have no fewer than nine Portuguese players on their first-team books, with two more out on loan.

Five of them – Rui Patricio, Nelson Semedo, Ruben Neves, Joao Moutinho and Daniel Podence – are in the Selecao’s current squad.

Spartak were far from the only ones to joke about the English outfit in the wake of the Ronaldo news.

Everyone talking about Camavinga and Mbappe but spare a thought for Wolves who can’t even field a starting 11 after this. Might wanna burn the 3rd kit aswell just to be safe.

Even before Ronaldo tested positive, Wolves’ penchant for signing Portuguese players – widely attributed to their close ties with Portuguese ‘superagent’ Jorge Mendes – has often been a source of jokes for supporters.

After Ronaldo – who is asymptomatic – tested positive on Tuesday, Portugal re-tested the squad and they all came back negative.

It has been reported Wolves will work closely with the Portuguese Football Federation and test the players again when they return on Friday.

Wolves travel to Leeds United on Monday looking for their third win of the Premier League season.