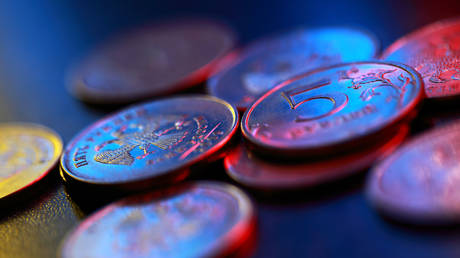 The high level of development of financial technologies in Russia, and the growing share of non-cash payments make the issue of launching the digital ruble more relevant, according to the Central Bank of Russia (CBR).

The regulator said in a report that it is currently assessing all the possibilities and prospects of such a project, which will allow users to freely transfer digital rubles to their electronic wallets and use them on mobile devices, both online and offline. “The digital ruble will be able to combine the advantages of both cash and non-cash money,” the CBR said.

According to CBR Deputy Chairman Aleksey Zabotkin, the share of non-cash payments in the country’s retail and public sectors has nearly doubled, from 39 percent to 69 percent.

The regulator said the digital ruble will stimulate innovation and competition in the financial sector because it will make transfers of funds from one broker to another faster and easier. It could also help track spending on government-funded projects.

The report also noted that, although it won’t be possible to use the digital ruble anonymously, unlike paper cash or decentralized cryptocurrencies, “data about transactions with the digital ruble will contain more limited information than the existing payment systems.”

The number of digital rubles that can be acquired at one time will also be limited, similar to the limits on cash withdrawals, the central bank report added.